END_OF_DOCUMENT_TOKEN_TO_BE_REPLACED

The End Of An Era 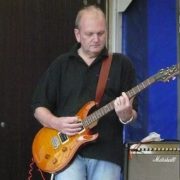 It is with a very heavy heart that I publish this post in response to the death of my friend and founding partner in iSiS-Records, Bob Goodwin on 6th April 2020. Bob was a Musician (guitar), Songwriter, Composer, Recording artist, Recording Engineer, Mixing Engineer, Producer and Mastering Engineer. He was a joy to work along-side […]

All Hope’s Not Lost – EP Released

The Big Red One – Released

The Fall & Rise of Zeet The Bum

Peter Hill’s (a.k.a Jam Dude) new album “The Fall & Rise of Zeet The Bum” goes on sale today. Read all about it – Zeet the bum, Production Notes